The installation of panels was conducted as scheduled and work was completed in a timely and as far as I can tell a professional manner. In the course of the installation on 21st November the head technician informed me at the premises that my electricity provider would attend “within a few days” to install a new meter for the solar panel system and said my electricity provider would contact me before they come to install a new meter. That was the first time I had been advised there would be another separate installation. From what I was told by my solar panels supplier prior to installation everything would be working “within a few days” of 21st November.

After two weeks passed, I didn’t hear from my electricity provider.  I phoned my electricity provider asking why they still didn’t contact me to schedule for the installation of the new meter.  I was astounded to be told that they needed 30 days’ notice and only received the notice on the 21st November.  Furthermore, that the installation date would not be until 2nd January 2019. I was very frustrated and annoyed as this was not what I had been told all along by my solar panels supplier. I made email protests to my solar panels supplier but was told it was out of their hands. I wrote a complaint email to my electricity provider on 4th December 2018 but have not received a response as at writing on 3rd January 2019.

I subsequently received an email from my electricity provider on 10th December 2018 to confirm a technician would attend the premises on 2nd January 2019 between certain period of time for the purpose of installing the meter. I again traveled from interstate to inform my tenants that there would be a disruption to electricity services on that date and to be present in case I was needed. As far as I can ascertain no technician came on 2nd January and on 3rd January I spent some considerable time on the telephone to my electricity provider speaking with multiple persons in its call centre who could not confirm that a meter was scheduled to be installed on 2nd January. I lost count of how many times I was asked to provide these useless people with my birth date and account number and how many times I had to explain to them the complete absence of anything resembling customer service at my electricity provider.

After repeating my story ad nauseum one of these call centre staff members told me eventually that they had no contractors presently working as they were on Christmas holidays and my electricity provider cannot even schedule an installation until their contractors return from holidays sometime after 7th January 2019. Today it is more than 6 weeks after the panels were installed and there is still no prospect of the system being connected. I have spent considerable time and money on this now and am furious at how I have been misled, first by  my solar panel supplier and now by my electricity provider . I have spent a considerable amount of money on the initial installation, on travelling to and from my investment home, on accommodation and on time away from work and there is absolutely nothing to show for it. As it stands now I feel like I have been scammed and the horror stories I have heard about the business practices of my electricity provider have been substantiated.

beginning to wonder who agl is. I am bleating in the dark to find out when my solar system will be connected. starting to think batteries are the go. nobody responds to solarconnections@agl.com.au it just sends you to gripe here. 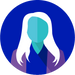 I am very sorry to hear you are having issues with your solar connections team.

When you have solar installed, you need to give them a call to organise the reconfiguration or replacement of your meter to ensure you can benefit from that solar.

Please give our dedicated team a call on 1800 680 430 a call during business hours to get that booked in.