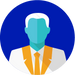 I've been a loyal AGL customer foe years, always happy with their services until last month.

I installed a solar system on 15th May.
On 1st June, a meter technician showed up but later discovered that they required SA Power network to temporarily isolate the power, so he couldn't complete the job on that day and another service order was raised and appointment was set on 16th June.

However, NO one showed up and only after I called AGL, then I was informed that the appointment was somehow cancelled, and until now, I was not given a reason. Okay, another service order was raised.

Today 22nd June, I called AGL again, and I was told that the service order re raised on 16th June was not for solar meter exchange but a standard meter upgrade, so they had to cancel the order again, and raised another one.

The worst thing is that every time I called, I had to explain the whole story again, seemed like they don't have any record of my profile.

After this drama, I will definitely switch to Origin, they gives higher solar feed in anyway.

It looks like you have had quite a time trying to get this sorted, I am very sorry it has not been a simpler process.

It is unfortunate that we did not know about the isolation needs before the first attempt causing a delay, as for the rest of the delay we can certainly look into this.

I would recommend contacting our specialist team via the AGL App or My Account to see what is happening with that.

Let me share a joke, my meter exchange is still not happening.

Following the email confirmation on 16th June, I waited 2 weeks until 1st July. I called AGL meter team, they told me sorry we have to cancel the order and re raise another one. I have heard this answer a few times, what's wrong with your meter team???????? Do they just get paid for repeating the same things?????