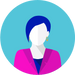 Hi. In the Sunday Telegraph June 30, 2019 was an article about Glenbawn's broken water pump & AGL's refusal to fix it to help farmers through the drought because AGL said the pump was already broken when it bought the power stations. While both AGL & the government engaged in buck passing to avoid the responsibility, I had to ask the question. If AGL had just gone ahead & fixed it at their own expense, they would look like heroes to both the farmers & the general public, & the Government like unsympathetic skinflints, so why would AGL ignore such an opportunity to advertise itself as a benevolent, caring corporation among the other energy companies who also put  pursuit of the dollar in front of human suffering? I was offended by this lack of empathy for drought stricken farmers by AGL & would like a response from the executives who made this decision & eroded my confidence in AGL as a provider that genuinely cares about its consumers.