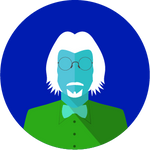 I received my initial (incorrect) bill of $1274.44 from AGL after having switched from Origin (our bills are always less than $100 per quarter). The initial meter reading was set to 0 but should have been 1236 (according to the last bill we received from Origin and which I tried to explain several times). After have called, emailed and chatted with AGL, it doesn't seem that anyone understands. Is there a way to contact someone that can actually help me with this problem?

Hi Priscilla, sorry this matter has not been resolved, if you access messenger  directly via the AGL app (select account, support and then mesage us) or My Account and ask to speak with the resolutions team, they will be able to resolve this for you.