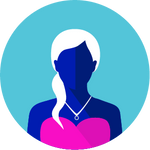 AGL IQ app - sounds really great - wish I could use it.

Would be nice to see MAJOR Utlity companies support Windows Mobile along with iOS and Android.

If you only support the big 2 platforms, then there always only be 2 platforms.

We're always open to ideas for the app so we do appreciate your feedback on this. At this moment there are unfortunately no plans to develop a Windows Phone App, however stay tuned - this may change in the future.


If I've helped you in any way, feel free to give me a Like!
Reply
0

Has the app been registered under the iOS URL scheme so that it can be launched from within another iOS app? I've tried the usual syntax, ie, agl:// and aglenergy:// but neither results in the app being launched.

Second, the app should really auto rotate from landscape and portrait and vice versa. Alot of people use iOS and Android devices as home automation controllers. Often they're fixed to a wall and so it's not possible to rotate them.

Keep up the good work. It's a very good app!

Welcome to the Community @jamac & thanks for the suggestions and the great feedback.

The app is not currently registered under the iOS URL scheme but we will be looking to implement this feature soon. As for landscape mode, we've got this in scope but there are no plans to roll this out in the near future.


If I've helped you in any way, feel free to give me a Like!
Reply
1
View More Solved Posts
Can't find what you're looking for?
Start a Discussion
Privacy Legal Notices ABN 74 115 061 375
Contact Us