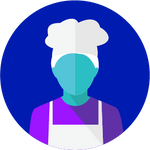 I've spoke to your staff at the call center multiple times. There was apparently a mistake on my account. This was registered at the beginning of December. I was told I will receive a refund.

However instead of receiving a refund I received yet another bill for the wrong account. I was told it will take 5-10 days to correct 2 weeks ago, but it should be fixed well before that time. I'm still waiting!

This is a bit of a drama, where I call speak to one person who promises something. It doesn't happen, I speak to someone else who promises something and again it doesn't get resolved (except where I have to pay, I always receive those emails promptly). So on average how much time am I expected to spend waiting on the phone with your company so that I can pay the correct bills rather than the incorrect ones. It's getting confusing and frustrating.

Hi @Jen. Thanks for your post and welcome to the Community!

We can certainly help in regards to finding our more about the refund and process this as soon as possible. To complete this can you please send us a private message with your account details (account number and address).

I too keep getting bills for another person at another address entirely and with a different account number which is similar to mine. ThHis has been happeming for about the last 6 months.

If this is the case, we recommend that you get in touch with our web chat team here so that we can get things sorted out for you.

The link does not work so I will have to ring AGL. thanks for trying, though. I see that lots of people haave the same problem as me (getting the wrong bill). hm......