I have solar panels and a Tesla battery and belong to a VPP (Virtual Power Plant). Now that the feed-in tariffs have dropped so low, is it quite feasible to add a second battery in order to reduce the need to send power to the grid? Is it possible that a second battery can be that inside an electric car where there is bi-directional current flow - so that your house can be powered by the car battery in times of need, all in conjunction with the VPP? 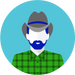 I've moved this one across to our VPP group. @JVarone are you able to help out here?

---
If a post answers your question, please click MARK AS SOLVED. This helps others in the community find the answers they're looking for.
Reply
0 Likes
Like

Hi Ernests, apologies for delay in response to your question. It may be feasible for you to add a second battery if you have 3 phase power at your home. If you were to install a 2nd Tesla Powerwall, you would likely need 10-15kW of solar to be able to charge two batteries of that capacity (and you may not need an additional 13.5kWh of storage). If you do end up adding a 2nd battery, it doesn't affect participation in our VPP (Please note - AGL does not currently offer installation of a 2nd battery system). Powering your home via an electrical vehicle battery is known as V2G. From what I understand this is still being rolled out in Australia and isn't available at this stage. I believe that the Nissan Leaf (2nd Gen) is the only car with this functionality.

Mitsubishi Outlander PHEV can also do V2G / V2H. As a hybrid it has the added advantage that you can in an extreme situation charge the EV battery from the hybrid engine and then run your home from the battery, with up to 10 of the 13.8kWh available.

The Wallbox Quasar is the only bidirectional charger built to specification for Australia at this time. It will be sold in Australia through Jet Chargers and Diffy electrical distributors. Certification still in progress. More details in the EV threads here .